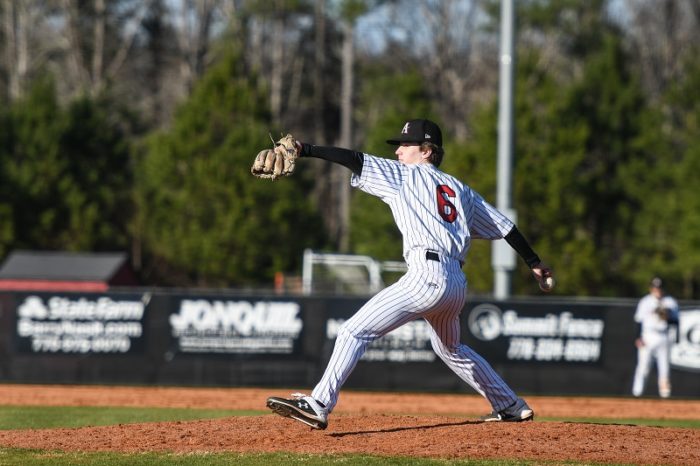 Written by Madeline Gamblin – On the Plank Staff Reporter

Our athlete of the week this week is Riley Gaskins. Riley is a Junior at Allatoona Highschool and has been playing baseball for ten years. “Riley has worked incredibly hard this off- season and is in line to become a starting pitcher,” said Head Baseball Coach Keith Hansen. “I was for work that I have put in since last season and the progression I’ve been continuing to make as a player” Riley says. His favorite memory while playing baseball at Allatoona is “…when I made my first appearance on the mound in an Allatoona Varsity game. It was a moment I had been dreaming of for a long time, and it was very surreal to live it out.” Riley’s plans after high school are to play college baseball at a high level, as well as major in Marketing. Besides that, he states, “I’m going wherever God leads me.” His advice to younger players is to “always believe in yourself. Don’t get discouraged if someone tells you you’re not there yet. Outwork everyone around you because work ethic and consistency are the keys to success. Strive to be the best version of yourself.”