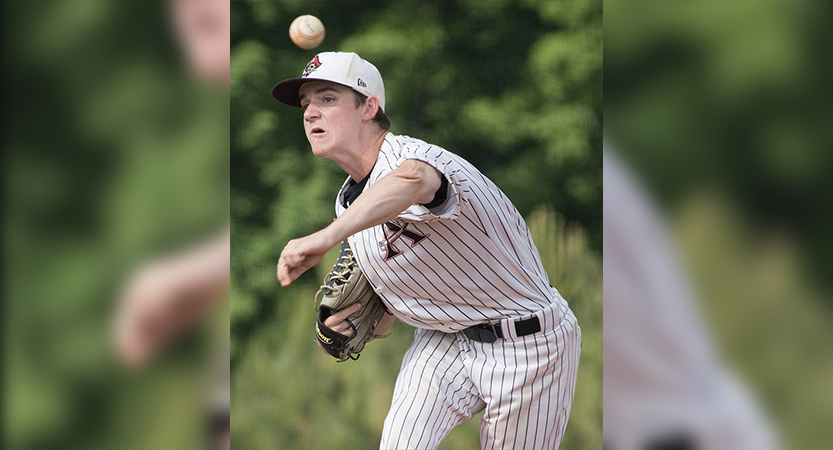 Tragic events can sometimes bring a fresh perspective towards life.

For twin brothers Hunter and Fisher Paulsen, their lives changed forever as they stood by their mother, Janet, who overcame incredible odds nearly five years ago as she recovered from being shot multiple times by her estranged husband, who then turned the gun on himself.

While Janet Paulsen survived the shooting, she ended up paralyzed from the waist down.

Having to cope with such a life-changing event enabled the brothers to grow up fast. It allowed them to take a positive approach to both baseball and football at Allatoona.

It was one of the main reasons why the Paulsens were named the Cobb County regional winners of the Positive Athlete award for baseball.

I can’t say enough positive things about them that give them justice, Allatoona baseball coach Keith Hansen said. I don’t know many who have had that happen in their life. It’s A terrible, terrible thing that happened, and they turned a negative to positive.

According to its website, Positive Athlete Georgia recognizes one athlete from each sport who makes a different either during or away from competition. That includes being involved involved with community service, overcoming adverse situations as the Paulsens have done and just simply having a positive approach to their craft.

Two years ago, the Paulsens were freshmen who played large roles in helping Allatoona advance to the Class AAAAAA state championship series, where they fell in three games to county rival Pope.

Hansen described the brothers as relentless when it comes to competition.

Late in the opening game of the state championship series, Hunter Paulsen was on the mound, and he got visit from Hansen with the idea of wanting to pitch around one of Popes stronger hitters. Hansen remembered Paulsen insisting on pitching to the Pope batter.

Hansen relented, Paulsen got the out and Allatoona went on to win 11-9.

As a sideline spectator during Allatoona’s state semifinal football game at Richmond Hill last fall, Hansen said he remembered the team feeling dejected after trailing by a touchdown at the half after committing four turnovers. The Paulsens, who both play defensive back, were the ones who lifted the spirits and reminded everyone that victory was in reach.

The Buccaneers rallied in the second half and beat Richmond Hill 17-14 in overtime.

It is an assessment in which Allatoona football coach Gary Varner agreed.

Those two are really amazing and consistently upbeat more consistent than any of the coaches, Varner said. They are always ready. They are fun, and they play sports like they are supposed to be played. They are excited about winning, but they don’t get too crazy about losing.

The Positive Athlete program is a celebration of young athletes who have overcome difficult circumstances, like the Paulsens, who have given back to their schools and communities in a significant way. Created by former Georgia and Pittsburgh Steelers star Hines Ward, the program recognizes the special athletes who have been nominated by coaches, teachers and parents.

Just like the Paulsens, Allatoona’s athletic program tends to follow the positive motto, as it was chosen to be the most positive school in the county.

Not only do the Buccaneers attempt to stay upbeat in all its sports, they also enjoyed success during the shortened 2019-20 school year.

Allatoona won the school’s first volleyball championship prior to its football team making its state final debut. The girls cross country team took second in the state, with the boys finishing ninth.

Also, the boys basketball team made it to the second round of the state playoffs, with junior forward Kevin Malenius garnering the Positive Athlete Award.

We have good athletes, and it’s something I know the coaches focus on each year being positive and showing as much sportsmanship as possible, Allatoona athletic director Amie Howard said. I’m lucky to work where I do.