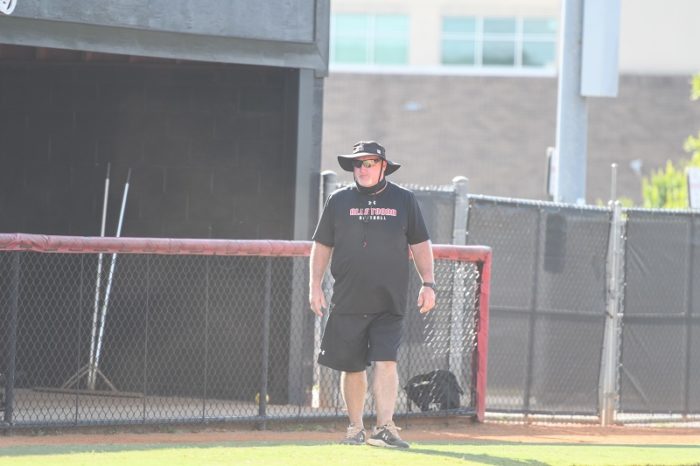 As Winter draws near, and the hollies and jollies with it, our fall sports are coming to an end to this unusual 2020 season. It’s hard enough to be a coach during this pandemic, but to be a new head coach is undeniably challenging.

When Softball had an opening for the head coach position, coach Bradley Strickland quickly jumped on applying for it and successfully attained that position. The season started as a challenge enough because of the COVID restrictions and guidelines, and the fact that coach Strickland is the new head coach makes it even more difficult. His team is used to normality, so it took them a couple of weeks to get used to coach Strickland’s game plan. He is very thankful for the seniors that stepped up big time and took the leadership role of the team. Coach Strickland made a team goal at the beginning of the season to make the State Playoffs. Even though his team knew that would be a challenge, they were able to achieve that goal in a tough region, where two teams in the same region played in the State Championship. He never gave up on his team as he stated, “I’ve preached to them all year that we need to believe. When you play certain teams, you don’t think you belong on the same field as, you have to control what you can control and believe.” Coach Strickland is excited for the years to come and wants his girls to work hard over the summer. He plans on them to have team workouts a couple of days a week to work on basic skills so they will be ready for the next Fall season.