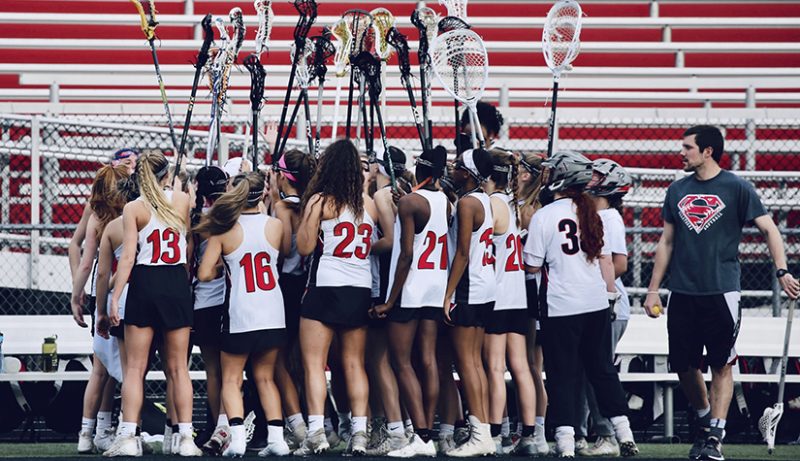 Just hours after receiving word that their season was on hold for at least two weeks, the Allatoona Buccaneer Lady Lacrosse team scored a regional win. Deftly taking down the Woodstock Wolverines, the Bucs improved to 4-1 overall and 2-0 in region play.

Jumping out to a quick 0-3 lead, the Bucs looked ready to run away with the game early in the first half. But the Wolverines battled back, tying the game 3-3. This was all it took to ignite a flurry of offense from Allatoona, scoring the next six points of the game, including an impressive three-in-a-row hat trick from Olivia Masters. Another goal for each team gave the Bucs a six-point lead at halftime, 4-10.

The second half featured less scoring for the Bucs, while the Wolverines doubled their points. With a comfortable lead, Coach Lauren Jackson substituted regularly in the second half, knowing that their season was about to be interrupted due to Coronavirus precautions being taken around the country.

Five points were scored by Allatoona in the final period, with the Wolverines finding the net for four points. The final score of the (potential) final game was 8-15. Olivia Masters was the Buc’s scoring leader with four goals.

It remains to be seen what happens next. Sports activities and events around the country have come to a standstill with the COVID-19 virus being declared a national emergency. With Cobb County School District closing their schools through March 30 (at minimum), and the CDC and the President recommending halting activities for two months or more, it looks unlikely that any sports will be played the rest of the spring season.

Cobb Sports will keep you updated though. Keep checking the site and the social media for updates as we move forward through this challenging and bizarre time in our nation’s history.