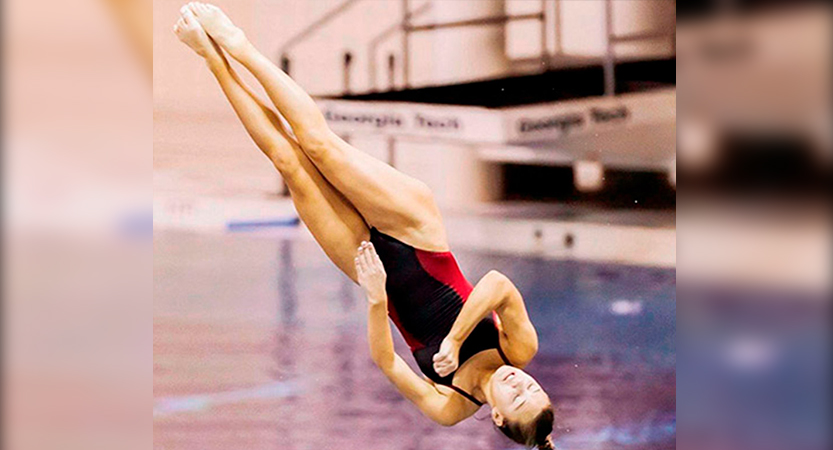 Allatoona diver Hannah Stumpf was not sure what to expect heading into her freshman year.

She was coming off a shoulder injury that had initially hindered her ability to dive.

It did not matter. Stumpf went on to win the Class AAAAAA state diving championship.

This season as a sophomore, now completely healthy, she had one goal.

“After that state championship, I wanted to put more hard work in to see if I could improve from last (year),” Stumpf said. “Last year, I did not have the best score on my reverse 1 1/2. This year, they were one of my best scores. Also, my front 2 1/2 got better.

Stumpf went on to win her second straight Cobb County diving title, then followed that with a dominating performance at the state championships to defend her title.

For her efforts, Stumpf is the 2019-20 Marietta Daily Journal/Cobb Countty Girls Swimming and Diving Athlete of the Year.

?She dives out of Georgia Tech, out of the year-round program,” Allatoona coach Jennifer Dorrough said. “She is a very determined and competitive athlete. She?s kind and cheers on competitors. Even when she doesn?t have her best dive, she holds her composure, puts it behind her and move on. She?s a great kid and a hard worker.”

“During the prelims, my first six dives, I was confident and it kept me very loose,” Stumpf said.

During the finals, Stumpf kept building the lead. She earned her highest score of a 9 (out of 10) on a reverse 1 1/2, then did something most divers would likely not attempt. She attempted dives she had not used in competition before.

Since defending the title, Stumpf has already started working for next year. As a junior, she knows the college recruiting drive will fully begin, and she also has plans on setting marks for others to strive for.

“I think I was a point away from having an all-time state record,” she said. “I want that next year.”

She has already started working on a front 2 1/2 pike, that will help raise her degree of difficulty.

“I felt very prepared this year, and I was very confident,” Stumpf said, “but, in diving, there is always room for improvement.”