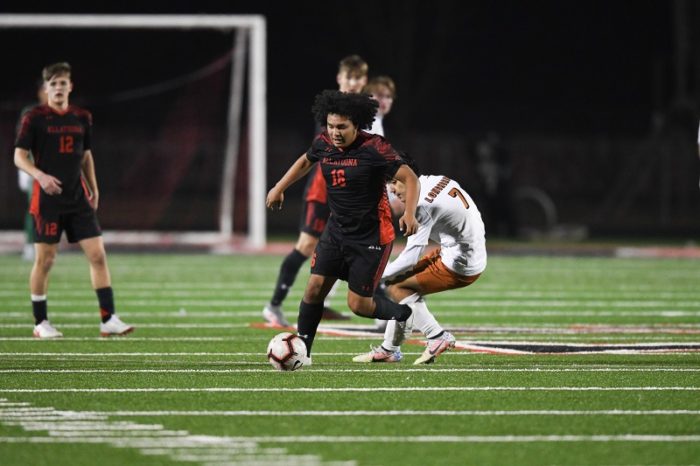 Written by Shelby Sorrells – On the Plank Staff Reporter

Soccer is very much a team sport. Our Allatoona men’s varsity soccer team has shown us that by working hard, putting in the work together, going 7-1 in the region, and bringing home the big region championship against Pope Highschool. Coach Erick Fridborg asserted that the team “tried to pick up from last season as far as believing in ourselves…. we felt good mentally coming into this season.” Fridborg and his team have done many things to prepare for the region championship. “We started experimenting with players in different positions, and we found the right chemistry, and a lot of that had to do with the boys buying into that.”  Coach Fridborg has talked about how much of an impact the seniors have had on this season. “They have been amazing, so positive, and great teammates… we all rely on one another to be successful.”  Adding Coach Perry to the coaching staff has also been “invaluable for the team morale!” Coach Fridborg explained, “He has a great vision into the game and has always kept us accountable to tactics and positioning and all the nuances that go into finding victories.” With strong determination, the Allatoona men’s varsity soccer team and coaches are now on the road to win a state championship.