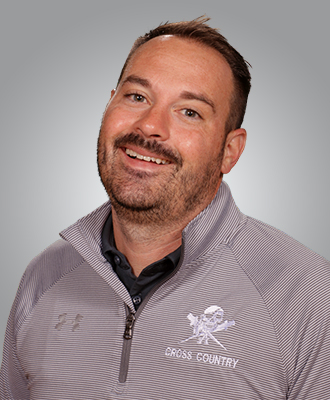 Coach Parsons is now in his ninth year of coaching the Allatoona Running programs, and his eighteenth year coaching and teaching overall. Coach Parsons attended Campbell University from 2000-2004 where he received a B.S. in Social Science and competed for the Campbell University Fighting Camels as a four year letter recipient in both cross country and track. Coach Parsons received the Men’s Cross Country Coaches Award for 2001, 2002, 2003, & 2004 for his continued growth and improvement in the sport. He also was recognized in 2002 as an A-Sun Conference All Academic Athlete.

Coach Parsons was hired as the head cross country/track & field coach of Allatoona in 2014. Over that time period, the Allatoona Running programs have continued the success they began when this school opened up in 2008. Over the past years, Allatoona runners have collected numerous medals and meet trophies, as well as two Cross Country Region titles (Girls ’14 & ’19), six Track Region titles (Boys ’15-’19, ’21), multiple individual GHSA State Champions in various events, and won the GHSA AAAAAA Boys Team State Track Championship in ’17 & ’18. The Girls’ Cross Country program has finished Runner-Up in the GHSA AAAAAA State Cross Country Championships in ’19 & ’20.

Coach Parsons is happily married to Kelli and they share a daughter named, Savannah. He believes that there is opportunity for all athletes to get something out of participating in cross country and track. The lessons that can be learned through participating in these sports can be life lessons that will help athletes become better people at the next phase of their lives.