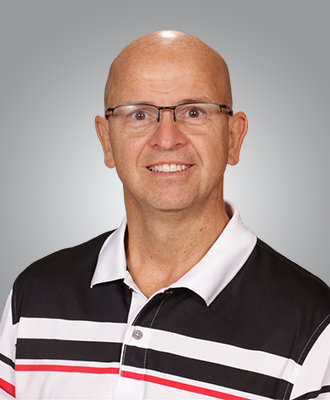 Coach Soley is entering his 20th season as a girl’s tennis coach in Cobb County.  Twelve of those years are at Allatoona HS.  While coaching tennis at Allatoona, he has six back to back region championships.  He has taken his team to the state playoffs eight straight years.  In 2012, the team was State Runner-up.

Coach Soley graduated from Indiana State University with a Bachelor’s Degree in Health & Physical Education. During his time at Indiana State, he was a college cheerleader and also competed in wrestling as a club team. He has a Master’s Degree in Educational Leadership from the University of Alabama, and completed his Specialist Degree from Lincoln Memorial University in Curriculum & Instruction.

He is married to Lindsay Soley who is a 5th grade teacher at Kemp Elementary, son Hayden (18) and daughter Anna Cait (13). Growing up, Coach Soley’s mentor was his high school wrestling coach, Phil Wagoner. After Soley’s father passed away, Coach Wagoner was always there for him, picking him up for practice, taking him to wrestling tournaments, etc. He was a high school coach, Health/PE teacher, and the high school’s Athletic Director, and Coach Soley still stays in touch with him today. Coach Soley finds inspiration in President Abraham Lincoln who said, “I will prepare, and some day, my chance will come.”