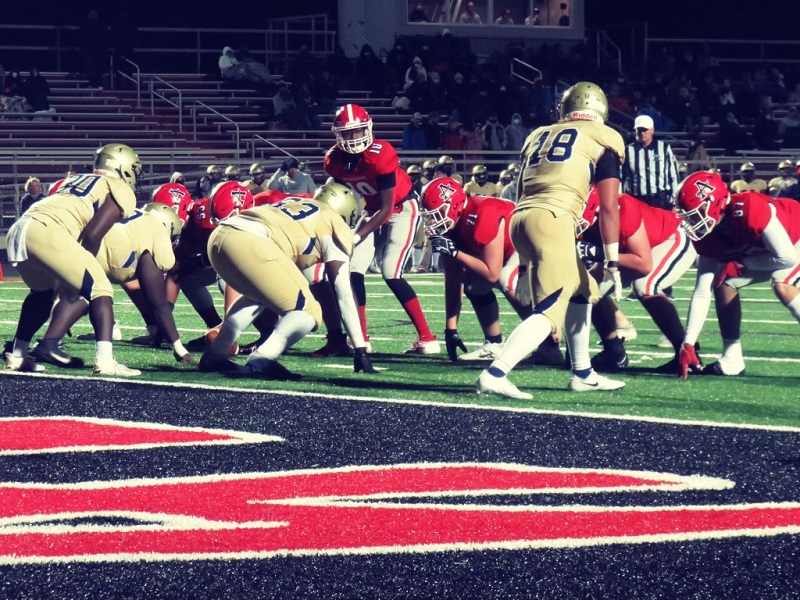 Last night, Allatoona High School played Dacula High School at Buccaneer Stadium. It might have been cold & chilly night but the Buccaneers brought the heat!

This is the fourth year in a row that both teams have played each other in the playoffs.

Dacula scored the first touch down and immediately after Allatoona scored and made a field goal, which led the game 7-6.

The Bucs played amazing defense. It showed through their multiple interceptions and the reason why Dacula scored first but never again. Jayden Ponder played a huge role for the Bucs success. He ran with ambition and drive toward the end zone. Before halftime he lead the team with 3 touchdowns which created the score of 21-6.

Although Ponder played a role in the team’s success , the team as a collective fulfilled their role individually. Even with being in the lead they continued to go all out as if they were falling behind.

The game ultimately became a blowout with Allatoona leading 31-6. The undefeated 6A team will be traveling to Westlake for next Friday’s quarterfinal matchup.