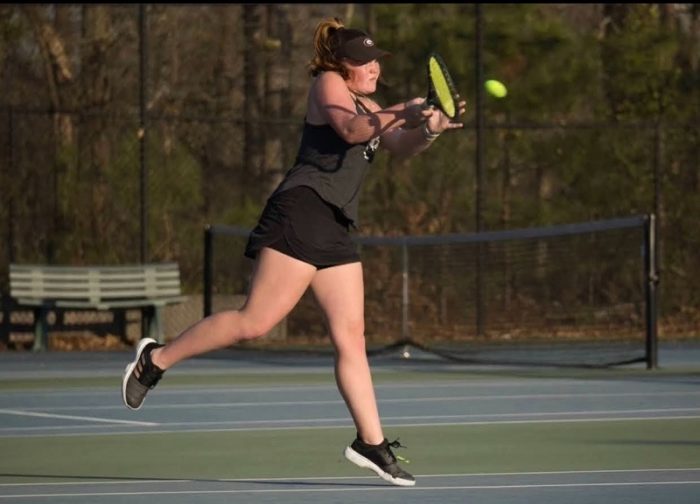 Our Athlete of the Week this week is Piper Pittman. Piper has been playing tennis since 5th grade and plans to go to college after high school and figure out the rest as she goes. When asked what her favorite memory while playing tennis is, she says, “Being on the team alone is just a memory in itself, but the friendships and bonds I have made with my teammates is something I’ll never forget.” Piper thinks she was chosen for athlete of the week because of her match against Hillgrove where she pulled out a win for the varsity girls tennis team. Head Coach Joe Soley says, “Piper was able to fight back in a three-set match when she was down, and her win helped our team beat Hillgrove 3-2 overall.” Piper says her advice to younger athletes is, “To always have a good attitude because it really can affect every little thing, no matter how basic it may sound, it’s true.” Congratulations on such special recognition of all your hard work, Piper!