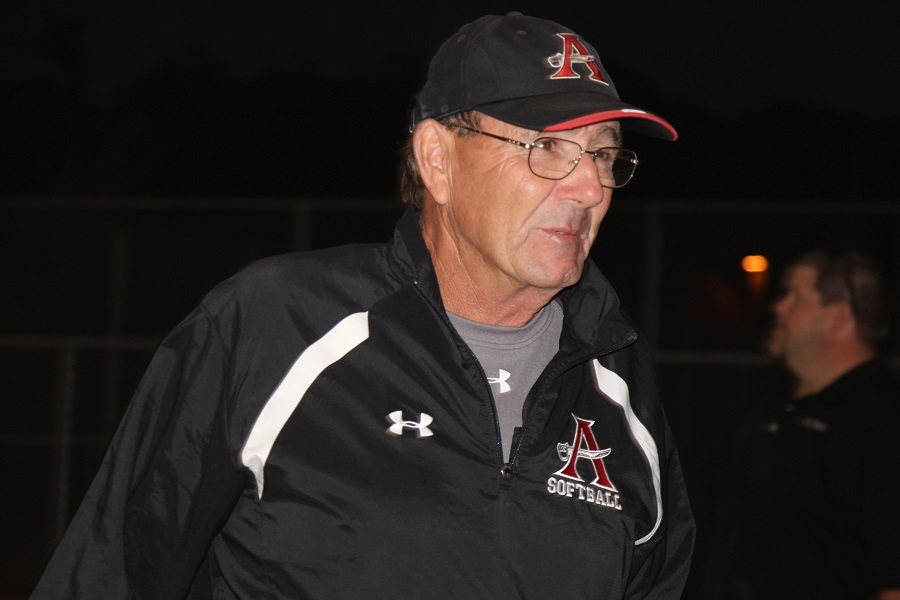 Coach Steve Kemp has been with the Allatoona Softball program since its inception in the summer of 2008, after previously coaching the Kennesaw Mountain High School Metro Team. He coached three daughters (Carey, Katie and Abby) through their softball careers starting in 1981 and has worked with Rec and Travel Teams in the West Cobb area for 30+ years. In addition, he has spent the last eighteen years of service in the KMHS and AHS programs. He has served in his current role of Varsity Assistant at Allatoona for the past eight seasons. Coach Steve was twice recognized as Assistant Coach of the Year by the Georgia Dugout Club (AAAAA in 2015, AAAAAA in 2017). His hard work and efforts were also recognized when Allatoona HS was named Field of the Year by the Georgia Dugout Club in 2015. Both awards are a tribute to his relentless dedication to our program.

Coach Steve took his Kennesaw Mountain Metro teams to three Championships and two Runners up in his six years, before then going on to produce another Championship and two Runners up at Allatoona. As a Varsity Assistant Coach in the High School Program, Coach Steve has seen his Varsity teams to two State Runner-up finishes (AAA in 2010, AAAAAA in 2017), six Elite 8s and three Region Championships. He has been voted Region Assistant Coach of the year three times (2012, 2013, 2017).

Coach Kemp graduated from Marietta High school in 1967. There he played center on the football team that went twenty-one straight games without a loss until the team was defeated in the State Championship game. Steve went on to play football for East Tennessee State and is a member of the Marietta High School All-Century team.

Coach Steve’s experience in the home building industry for over fifteen years as well as his love for the game of softball and attention to detail have driven him to develop one of the top playing fields in the State of Georgia. Many coaches have been very complimentary of the Allatoona field conditions and are directed to Steve as being the “Field CEO”. An opposing team’s pitcher and catcher were once overheard asking their head coach, “Are you sure we can use the Bull Pen? We don’t want to mess it up. It looks too nice!”

Allatoona High School Varsity Head Coach Troy Pirkle stated: “Coach Kemp has played a vital role in building this program from the ground up (literally and figuratively). He spends countless hours devoting his time to the softball program at Allatoona, and there is no way to truly know how much effort he has put forth. He is a priceless member of our staff.”