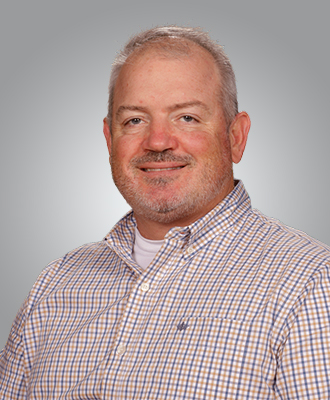 Coach Russ Russell is entering his 21st year in education and 8th year as a teacher and coach for the Bucs. This year he will teach Algebra II, College Readiness Math, and Brit Lit as a member of our Special Education Department. Coach is recently married to the former Genie Parker and blessed to have had both his children graduate from Allatoona. Rett ‘18 is studying Economics and playing Outside Linebacker at Wofford College, Spartanburg, SC. As a Buc, Rett was a part of our 2015 State Champion Football Team and our 2018 State Runner-up Baseball Team. Chamblee ’20 is beginning her second year in Volleyball at Georgia Southern University as an Outside Hitter. As a Buc, Cham was a part of our 2019 State Champion Volleyball Team and received numerous awards including Georgia AAAAAA Player of the Year (2019) and two-time Region Volleyball Player of the Year. Since arriving at Allatoona in 2014, Coach Russell has enjoyed seven seasons in Baseball, three in Softball and is entering his third season in Buccaneer Volleyball.

Coach Russell’s professional career began with the New York Yankees in 1996 as a graduate intern. He was on the staff that opened Legends Field in Tampa as the Yankees new Spring Training home and was responsible for both Joe DiMaggio and Phil Rizzuto on their honored days. Later that year, he moved to Atlanta to work for the Centennial Olympic Games in Basketball. In 1997, Coach Russell was named Pitching Coach at Oglethorpe University in Atlanta where he would remain for two seasons under Coach Bill Popp. Coach Russell left Oglethorpe in 1998 to serve as the Recreation Ministry Director for two years at Johns Creek United Methodist Church in Duluth, Georgia. His teaching career began in the fall of 2000 when Coach accepted the positions of Athletic Director and Physical Education Teacher at Pinecrest Academy in Cumming, Georgia.

As the first Athletic Director at Pinecrest, Coach Russell oversaw the establishment of eight sports, led the transition into competitive high school athletics, and worked as the initial Head Coach in Baseball, Basketball, and Football. Coach Russell left Pinecrest in the summer of 2004 to begin a new challenge as the Athletic Director at Mt. Paran Christian School. In addition to his duties as AD, Coach Russell served four seasons as Head Baseball Coach and two seasons each as Head Boy’s Basketball Coach and Head Softball Coach. He led five different teams into the state playoffs including a finish as the State Runner-up in Baseball (2005) and a Sweet Sixteen appearance (2006). Coach Russell was named the 2005 Atlanta Journal Constitution-Cobb County Baseball Coach of the Year and was also named the Region Athletic Director of the Year twice (2007 and 2008). In Softball, Coach Russell led the Eagles to their first two state playoff appearances in school history (2006 and 2007).

Coach Russell arrived at McEachern in 2009 where he began working in Special Education, mostly in the Severe/Profound classroom. He coached five baseball seasons, five softball seasons, and served as the Head Softball Coach the last three years. He helped the 2012 Baseball Indians reach the State Playoffs, ending a seven-year drought, as well as the 2013 Baseball Indians win a Region Championship. Several of Coach Russell’s former Baseball and Softball Indians went on to compete at the collegiate level with four currently playing in the minor leagues and one big leaguer. In 2013, Coach Russell was the recipient of the Atlanta Falcons/Symetra Hero in the Classroom Award for his work as a Special Education Teacher, and he was recognized on the field prior to the Falcons vs. Patriots game in the Georgia Dome.

Coach Russell is a native of Savannah, graduating from Benedictine Military High School in 1989. He played at Georgia Southern University as a pitcher for the Eagles under Coach Jack Stallings. During his freshmen season the Eagles won the Midwest Regional Championship beating UCLA, Wichita State, and South Alabama advancing to the 1990 College World Series in Omaha, Nebraska. Coach Russell left GSU with both Bachelor’s and Master’s degrees, has completed a Specialist degree from Lincoln Memorial University, and has recently begun his doctoral studies.