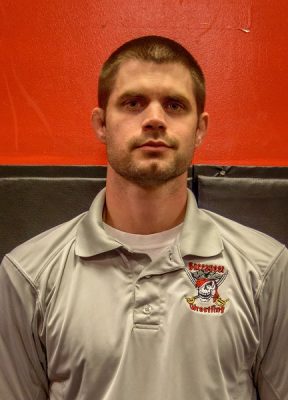 Coach Norred has nine years of coaching experience, and this is his seventh year as a Head Coach.  He was Assistant Wrestling Coach at McEachern High School 2008-2010 and the Graduate Assistant Wrestling Coach at Campbellsville University in 2010.  Norred was the Head Coach at Central Gwinnett High School from 2011-2016.  While at Central Gwinnett, Norred coached four State Placers, including a State Champion and an All-American.  In five years at Central Gwinnett, seven different wrestlers continued their wrestling careers into college.  In 2016, Norred led Central Gwinnett to its first Top 10 finish at the State Tournament since 1995.  This is Coach Norred’s second year as the Allatoona Head Coach.  During his first year, the Bucs as a team finished Region Champions and third in the State in 2017 with five different state placers and a State Champion.

Coach Norred married Meghan Altobelli Norred in 2011, and their daughter Madelyn was born in 2013.  He enjoys spending time with his family, Auburn football, and the outdoors.