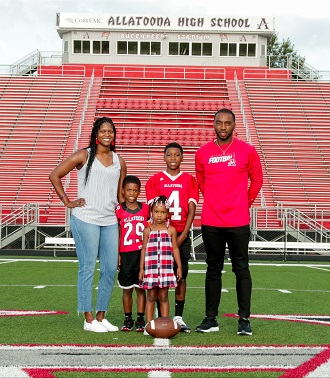 Coach West has ten years coaching and five years teaching experience and played football for Morgan State University. Prior to that, he attended North Cobb High School where he played both football and basketball. At Morgan State, he earned his undergraduate degree in Physical Education followed by his MEd in Education.

Coach West is married to Ashley West, and they have three children:  Ashton, Deuce, and Ziyah. He looks up to Coach Donald Hill-Eley, his head college football coach, and he draws inspiration from Michael Jordan, who said: “Be true to the game, because the game will be true to you. If you try to shortcut the game, then the game will shortcut you. If you put forth the effort, good things will be bestowed upon you. That’s truly about the game, and in some ways, that’s about life too.”