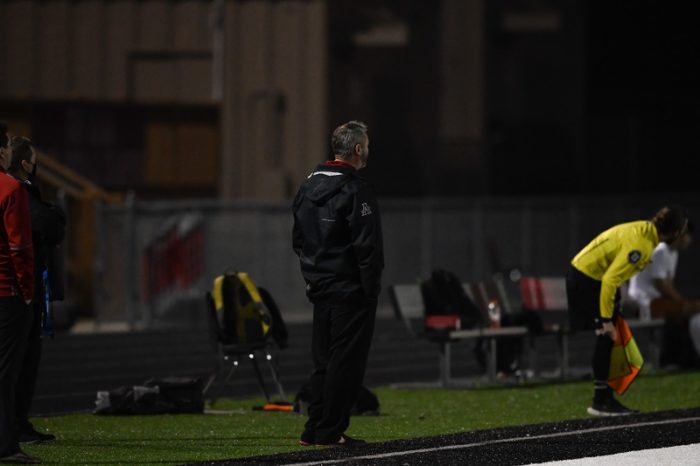 Written by Gabe Bowman – On the Plank Staff Reporter

The state of Georgia had better watch out because the Bucs soccer team is doing massive things this year. When asked how this season differs from others, head boys’ coach, Eric Fridborg, responded by saying this season is more intense due to the “initial excitement level at the beginning of this season.” When asked about the origin of this excitement, Coach Fridborg stated it was “because it’s been such a long time that we have been together.” When asked about COVID-related struggles, he exclaimed that “the uncertainty of day to day with the rumors of shutdowns and virtual classrooms” made things more difficult for everyone. He also said that the schedule “adjusting constantly” has made this season more challenging, not knowing what the next day will hold or if there will even be the next day. He continued that even though we are in uncharted waters, that “we really felt like we were on the way to a deep playoff run and a region championship.” He also said that, as a team, they “feel positive that they should be a better team than last season if they can stay healthy.” When asked whether COVID-19 brought unity to the team, he exclaimed, without hesitation, “no, it’s tried to separate us.” Concerning winning a state ring this year, Coach Fridborg explained, “We know there are many trials ahead, injuries, strength of schedule, an extremely difficult region, unforeseen circumstances, and sometimes the ball just doesn’t bounce your way.” He ended with this resounding statement: “We have two goals; win region, win state.  I believe we have the capacity to do both.”