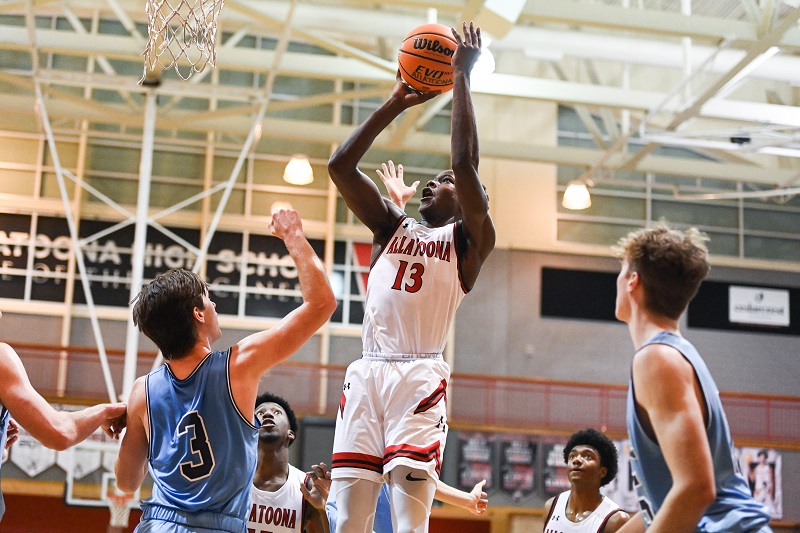 Allatoona’s boys’ basketball team has been playing in the region tournament this week, and their most recent game was yesterday, February 15th, against Sprayberry, which ended in an Allatoona victory. Head coach of the Allatoona boys’ basketball team, Coach Phillips, stressed the importance of how it was a “survive and advance” game. He also admits how the team was unfortunately “caught up in [Sprayberry’s] system” at points during their 81-to-72 win, but thanks to “good individual performances in the second half,” from Cayden Charles who “ended up with 30+, and Devon Zajac who had 20,” Allatoona was able to come out on top. Allatoona’s next game is tonight against Pope, and Coach Phillips recognizes that it “is going to be a tough game,” due the outcomes of their two most recent matchups, but at this point in the season, “it just comes down to the will,” and for Allatoona’s “boys to want it more.” Coach Phillips “puts the bet on [Allatoona}” to make the most out of the opportunities given to them to help them win the game thanks to how they are more “prepared to win the game.” This team had the mentality of “not want[ing] their season to end, so they did everything in their power to keep playing,” in their game against Sprayberry, and that same mentality is set to carry over into tonight’s game. Make sure to show your support for the Allatoona Boys Basketball team tonight at 8:30 pm as they face Pope at Osborne High School.