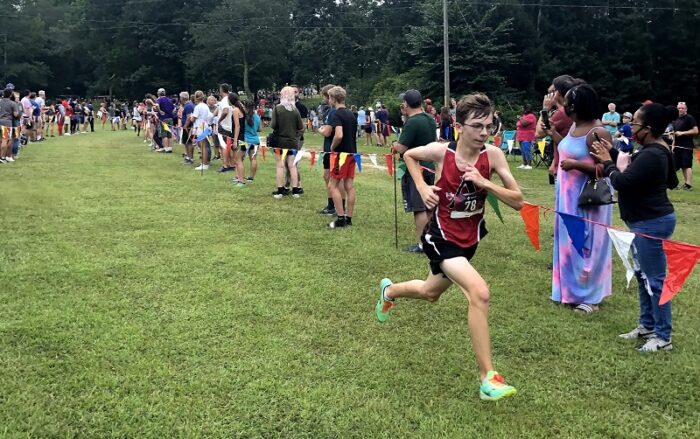 The Athlete of the Week is Jackson Alef. Coach Patrick Parsons had this to say, “Jackson’s hard work all summer long with training has paid off with him being one of our top finishers in the first two races of the season.” Five to six years of running demonstrates that Jackson practices hard to be where he is now. He has been getting faster in each race; just recently, he got 21 seconds faster. He always goes to practice and does what he is supposed to do. He took it seriously in high school. Each time he runs, he wants to do better, so he practices, and it has been paying off. Jackson wants younger athletes to know, “No matter what happens, how hard something is, or how much it sucks, keep trying because you will do better than last time.” This shows how much he tries and cares. He knows when someone practices for something, they will do better even when it is hard, and he wants people to have that motivation to keep pushing for what they desire. Wonderful job, Jackson, on Athlete of the Week.