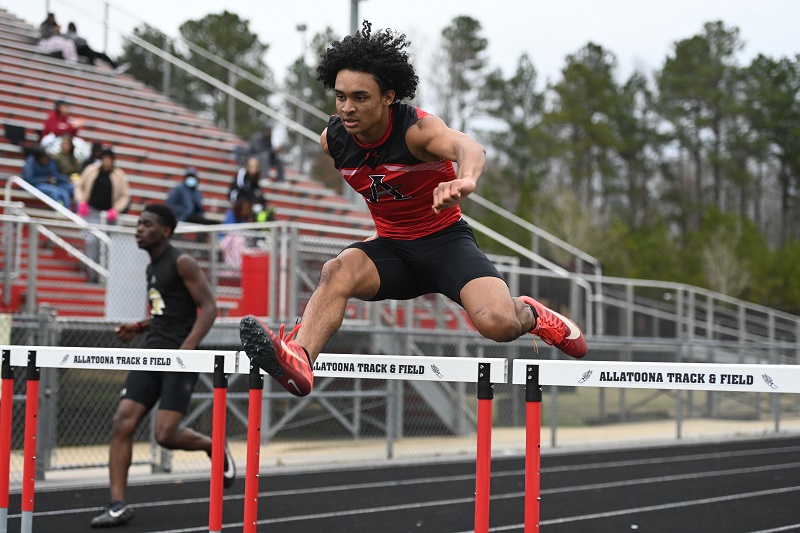 Our Athlete of the Week this week is Julian McRae. Julian has been running since his freshman year and his favorite memory was running for varsity in his senior year at county. When asked why he thinks he was chosen, Julian said, “I think I was picked because of my performance on Saturday and Monday.” After high school, Julian plans to run in college. Head Coach Patrick Parsons says, “Julian has worked tirelessly his senior year to be successful on the track. He had a great showing at county by winning the three-hundred-meter hurdles and finished top three in the one hundred ten-meter hurdles. Hard work pays off.” Julians advice to younger athletes is, “Give it your all at every single practice. It will make you push yourself and become a better athlete.” Congratulations on being recognized for all your effort put forward, Julian!