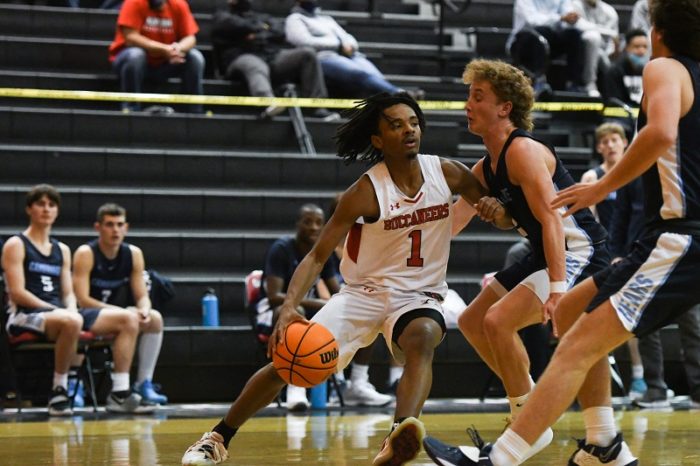 Allatoona’s Varsity Men’s Basketball team is working hard to prepare for their upcoming games. They practice Monday through Friday right after school and on Saturday mornings. At practice, the first thing the team does is stretch and do warmups. After they are all warmed up, they begin to run and work on their plays. After they run plays, they have riddles they must figure out as a team. If they get the riddle right, they don’t have to run as much. If they don’t get the riddle right, they run an 8:00 drill after practice. During conditioning, they run four 400s, four 200s, five 100s, and then work in the weight room.

On game days, the team starts by watching film together. Then they get dressed and go shoot around in the aux gym. After that, it’s warmups and game time. Basketball player Sean Mercer says, “What makes basketball more difficult than other sports is that you have to use mental strength a lot. You have to be able to dribble, shoot, and you have to stay in shape.”