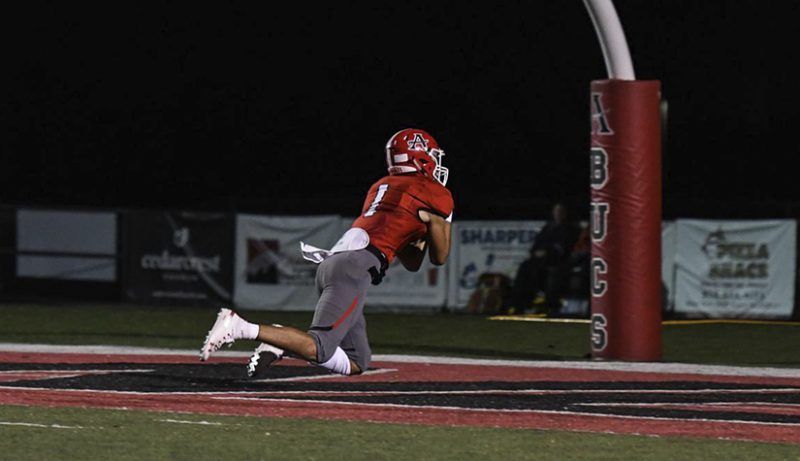 Cobb County football teams have never faced each other with a state championship on the line.

Harrison and Allatoona could change that if both teams win their respective Class AAAAAA state semifinal game Friday night. Both teams are on the road, with Harrison heading to Gwinnett County to face Dacula, and Allatoona traveling to Savannah to face Richmond Hill.

The Cobb-Cobb matchups are more routine in other sports. Earlier this fall, Walton beat Lassiter for the Class AAAAAAA state volleyball title, and Pope beat Allatoona for the Class AAAAAA championship a year ago. Harrison and Pope played for the 2018 softball championship. Recently we?ve seen Pope baseball face Allatoona in 2018 and Walton in 2016 in the state finals. There was also the Wheeler and Pebblebrook boys basketball state final in 2015. That?s a a few that have happened in the last five years.

The one sport that has evaded the county has been football. The closest the county has seen of a Cobb-Cobb title game was in 1991 when McEachern and Marietta each made the semifinals, but both lost their respective matchups. In 2011, the county did have an all-Cobb semifinal between Walton and Lassiter. The Raiders won the game 30-24 but fell in the title game to Grayson the following week.

If Harrison and Allatoona win on Friday, they will face each other Dec. 13 at Georgia State Stadium.

With Cobb County often being overshadowed by the power football programs of Gwinnett County ? Gwinnett has crowned 10 state champions since 2010 compared to Cobb?s two ? an all-Cobb Class AAAAAA final would be a chance for Cobb to gain on its eastern rivals.

?It would be awesome, just for Cobb County alone,? Osborne coach Russ Isham said. ?Cobb has been second fiddle to Gwinnett for a long time.?

Having these two teams meet would be awesome for Region 6AAAAAA as well.

Since the region had been established in 2016, there has not been a back-to-back region champion. Dalton won in its initial year. Harrison followed in 2017. Creekview won last year winning the tiebreaker in what was a virtual four-way tie with Harrison, Allatoona and Sequoyah. Harrison reclaimed it this year, on the strength of a 21-17 win over Allatoona in October, and the Hoyas are still undefeated at 13-0.

This season, Sprayberry broke through and made the playoffs for the first time since 2011 as the No. 3 team. Harrison and Allatoona, who has not missed a playoff berth over the last four seasons, qualified for the playoffs as the top two seeds with Dalton grabbing the fourth spot.

Creekview missed the playoffs this season, despite being 6-4 overall, and Sequoyah came up short, even with a 5-5 mark.

?Anybody who pays attention to Region 6AAAAAA should know that (it) is tough,? Sprayberry coach Brett Vavra said. ?Looking at the teams, it?s a region full of consistent football teams that are well coached. It?s difficult to make the playoffs. You?re fighting and stretching for the fourth seed.?

This year, Harrison has succeeded by having an assortment of playmakers on offense behind quarterback Gavin Hall, running backs David Roberts and Mason Babay and receiver Marquise Owens with different players stepping up each game, along with a veteran defensive unit.

Allatoona?s rushing attack and its defense has made the Buccaneers a staple over the past four seasons. This year, the Buccaneers have had more success throwing the ball with Asante Das being Dante Marshall?s primary target.

Dalton had arguably the state?s top running back in Georgia Tech commitment Jahmyr Gibbs, and Sprayberry broke through this season with a running back of its own in Demarion Owens along with an improved defense.

?It?s probably one of the toughest regions I?ve been in in my coaching career,? South Cobb coach Terry Jones said. ?Every week, you have to be prepared to play.?